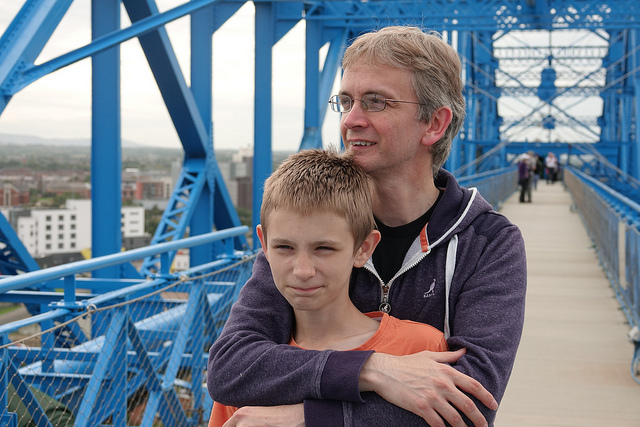 It was Heritage Open Days so we decided to torture our nephew Tom who is scared of heights by climbing the Tees Transporter Bridge. We actually thought we would go up in the lift but because it was Heritage Open Days the lift was fully booked in advance. The joke was on me because we climbed the stairs both ways. His hands turned blue from gripping the railings so hard!

We also rode the Transporter in from Hartlepool. It was briefly shut to let some tall ships in, which was its original purpose in being built the way it was.

We then made our way to the Middlesbrough Town Meal for free food made from locally grown produce, free books at the Teesside Hospice Stall and Tom’s favourite at the MIND stall – depression cupcakes – grey on the outside but colourful on the inside.