A quick run through from the launch of Maggie Harrison’s new exhibition Looking Within. It’s on at the Heritage Gallery at Cargo Fleet until 24 November.

A bit of art on my way home at Platform A Gallery at Middlesbrough Railway Station. The artist Phil Illingworth was on hand to chat with people about the show. Some of the works are on his website with specifics of materials. His explanations were about his experimentation with paint but I was way more entertained by the works’ similarities to children’s toys and games but with an edge, sometimes a spiky sharpened edges given to what look like pick-up sticks – hanging from the wall at the artist’s eye level or a headdress, on what is reminiscent of a playful Yoshitomo Nara dog shape but then the headdress elements look like matches. The coloured pole on the ground in a field of burnt wooden cubes again emitted notions of playfulness and danger – I loved it.

The show is on until November 3.

If you’ve never been to the Platform A Gallery – it is open Tuesday to Saturday. Get yourself to Platform 1 of Middlesbrough Railway Station and turn left once through the doors. Keep walking until you find the gallery entrance on your left. Ring the bell and be let into this small oasis of art – that feels like a delicious secret, especially as you may get funny looks for walking that way as many people don’t realize it’s there.

There is a beam in the gallery marked Dorman Long the legendary Teesside company behind the Sydney Harbour Bridge.  The gallery and adjacent Platform Arts Studios were built in the former British Rail Parcel Store and Fish Quay in the Grade II listed Railway Station.

While at the station also keep an eye out for Mackenzie Thorpe artworks on platform 2 and the occasional exhibition in the underpass – known as The Tunnel Gallery.

Ethan Nicolle speaking at Teesside University for Animex had a lot of helpful things to say for people beginning their career paths and also was a lot of fun for fans of his work.

I LOVE Axe Cop. Because of the talk I have since picked up copies of Chumble Spuzz (how neat that Doug Tennapel, creator of Earthworm Jim has written the intro) and The Weevil. How much would I love to see a copy of The Drug Busters?

I was a bit fangirlish and asked for a smooch cop here it is: 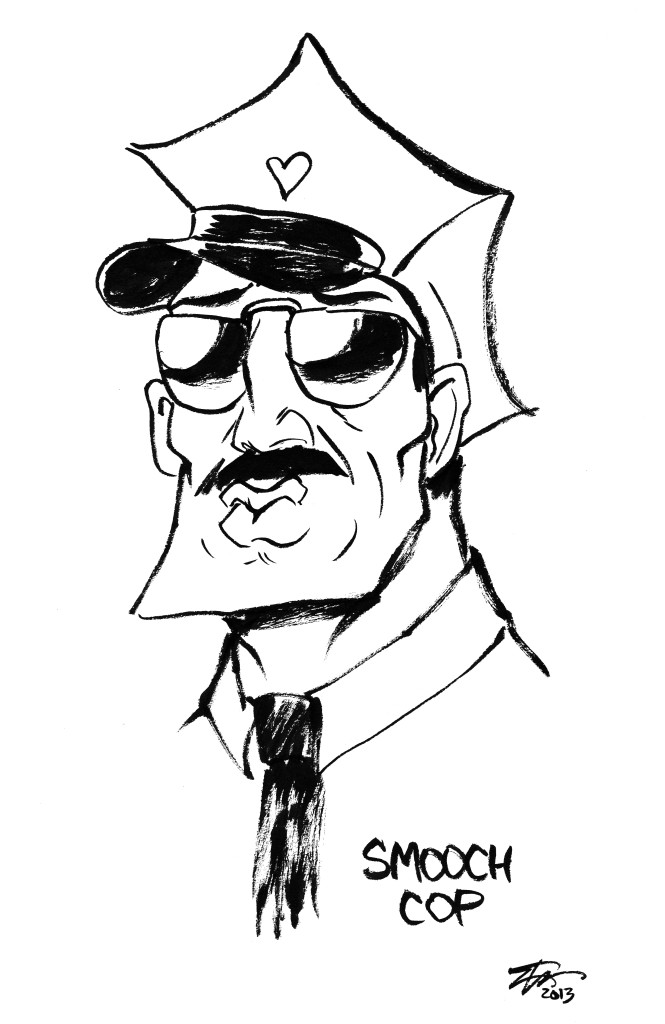 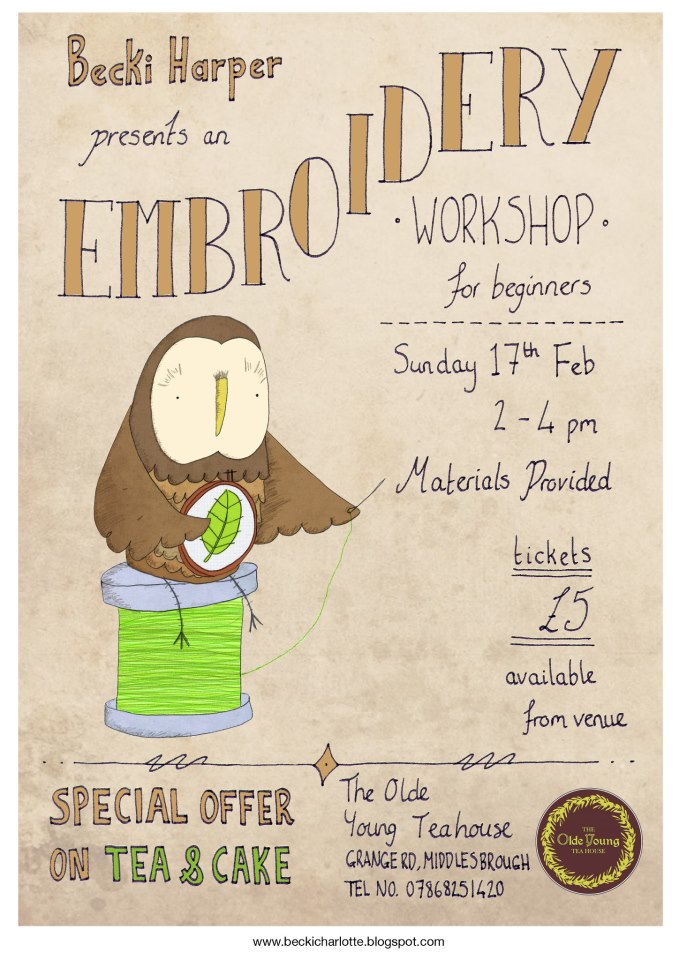 Photos from the workshop on Becki Harper’s Facebook page

Highly recommend checking out her illustrations too but you should have figured considering the awesome workshop poster.

Every detail of the workshop kit was designed just so. It was truly a workshop for beginners – with everyone going away with a cute handkerchief. 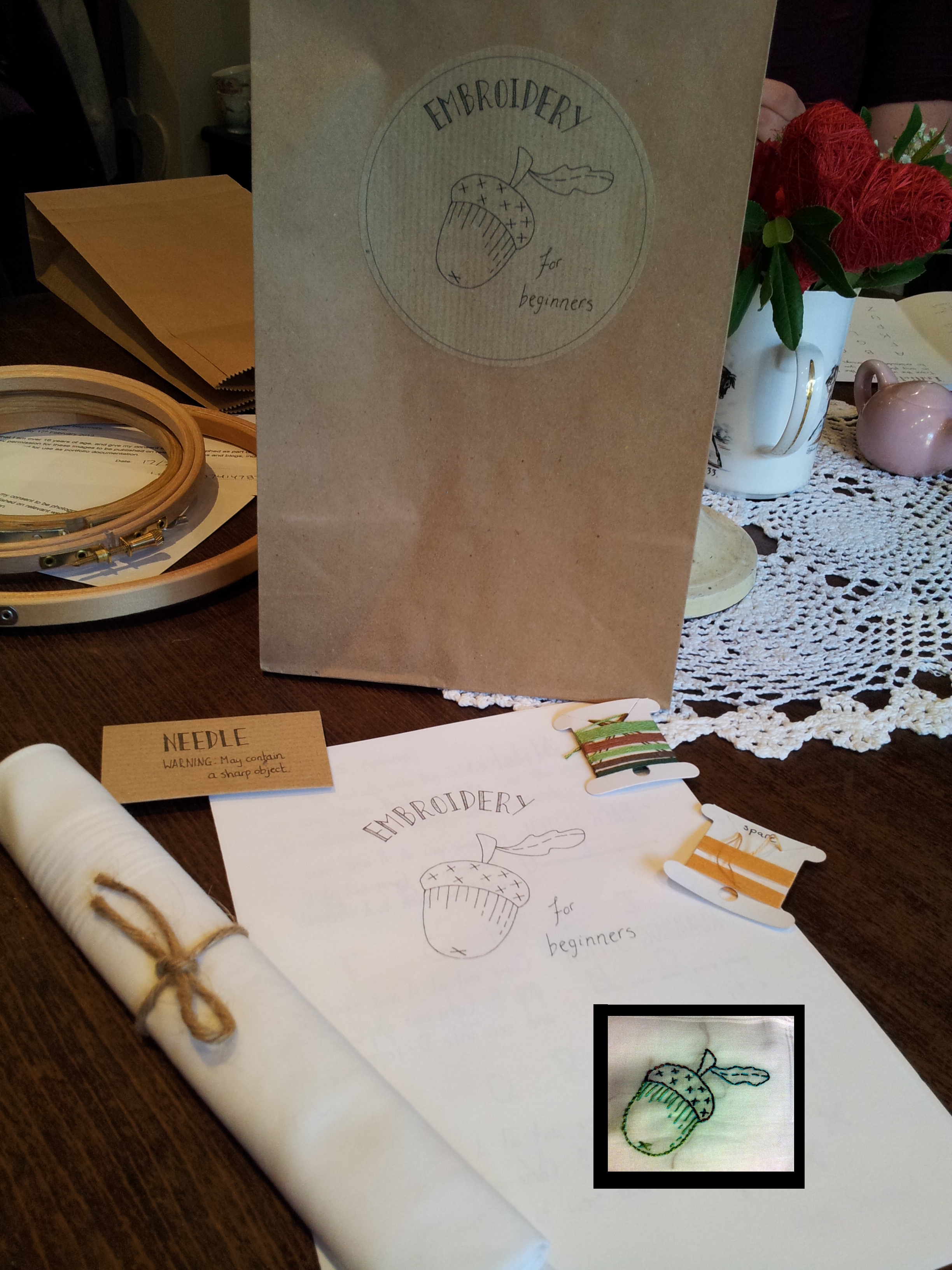