Wolf Alice was on Later with Jools Holland last night. Watch it while you can.

They were also at the Westgarth in 2013.

And those of us lucky enough to get tickets caught them at the Westgarth 2 months ago. Setlist here. 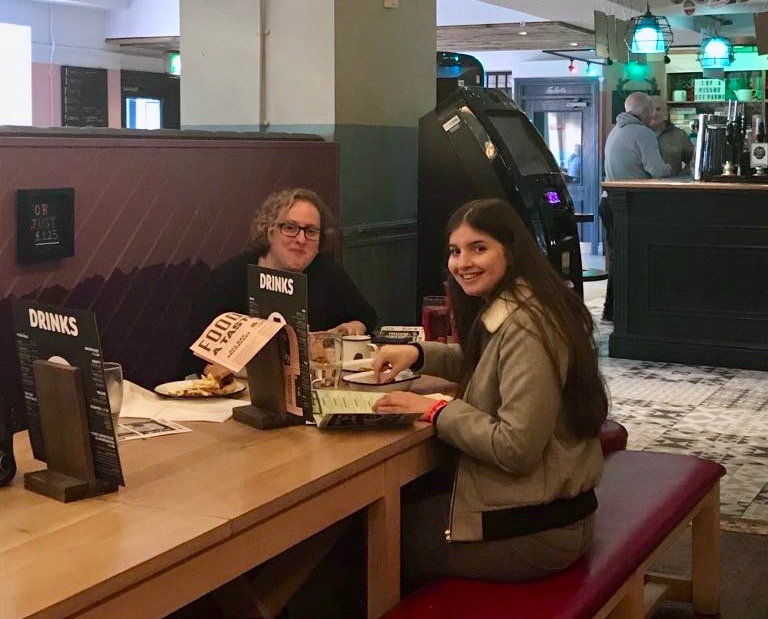 Twisterella is a festival brought to you by people who love music. Do yourself a favor and listen to a stellar playlist of rock and pop and some hip-hop from the line-up announced so far…and don’t forget to book your ticket or you will be a sad bunny come October 7th.

I know this from experience with my close call with Stockton Calling this year – I didn’t realize I hadn’t booked my ticket until the morning and it was sold out! Thank goodness for the kindness of friends with an extra ticket.

Do not rely on this method to go to the festival where you will discover some of the best new music around. It’s what Twisterella specializes in.

Jordan Mackampa has just released his new ep. He’s at Twisterella on October 8th. Lizzie described his voice as “velvety.” It is music to make you feel good.

If you are an up and coming musician anywhere near the Teesside area – the free Twisterella Unconference on October 8th is something you should not miss. You can RSVP on Facebook here. The unconference is open to all ages not to be confused with the Twisterella festival later in the day which is 18+.

This year’s panelists announced so far include Vic Galloway – a music and arts radio and TV broadcaster with 18 years of experience for BBC Radio 1, BBC Scotland and 6Music, Claire Dupree – editor and owner of North East-based alternative music and culture monthly NARC. Magazine, and Helen Hammill, of rising band Cattle & Cane, who are about to release their second album.

If you want practical advice from people working in this industry – go. If you are ready to hear constructive feedback on your work submit a track for the A&R session via the Twisterella festival Contact  page or at the session itself though limited slots are available and it’s first come first serve.

If you’re not sure, here are my notes from the 2014 session.

A great Thursday night out with Lizzie – that is a talented trio up there…felt so calm and mellow after. Though there is a reason no one else in the Head of Steam was eating the food. 🙂

Chances to see them all again on Teesside, Callum Pitt is opening for Meadowlark at the Westgarth on October 1 and Tom Joshua and Jordan Mackampa are both on at Twisterella on October 8.

Beautiful venue in the Mining Institute. Music by Kay Greyson, The Pale White and Matthew and the Atlas. If you’ve never heard of Sofar Sounds they are gigs that take place around the world. You register for a spot in your chosen city, if you get chosen you learn the secret venue the night before the gig. The performers are a surprise. I have not been disappointed yet.

Going to the Dancing Years farewell gig in Leeds. Rubbish reason to finally get to the Brudenell.

Year 2 of the We Are Family Festival featured a dream line-up. Held at Jackson’s Landing, Hartlepool Marina prior to the planned demolition.

Made sure to get there just before 5 in time for Lilliput, who are currently crowdfunding their debut album.

Had an amusing exchange with security.

Finally got a chance to see this new iteration of Kingsley Chapman and the Murder. This was followed by Slug, Hyde & Beast, Seafret,  and Cattle & Cane.

Well done to organisers The Jar Family, though I missed most of their set partaking in a savoury crepe for dinner.